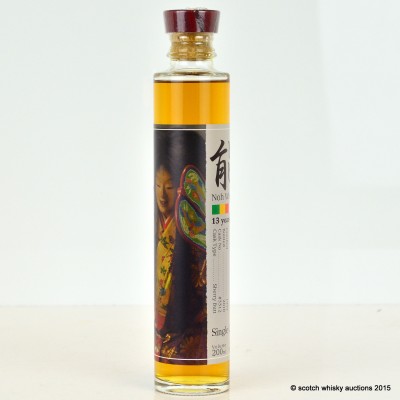 This bottle is labelled as part of the 'Noh Performers' series. This is an unusual size of Karuizawa, we've not had these before! They were released in small bottles at the Whisky Fair back in 2011.