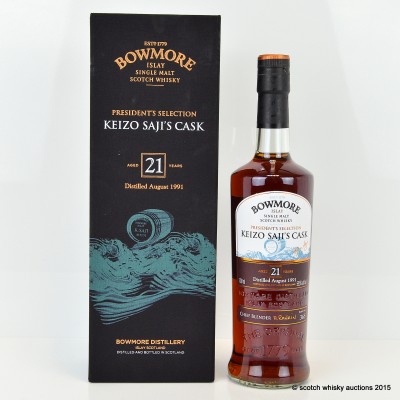 Morrison Bowmore distillers recently gave each member of the company a special bottle as a gift. The story behind the bottle is that in summer 1991 Keizo Saji, then president of Suntory, visited Bowmore distillery, where he personally oversaw the filling of a sherry cask. Later, after Mr Saji's death, his son visited Bowmore. When asked what should be done with his father's cask, he said that it should be bottled and a bottle given to each member of the company.