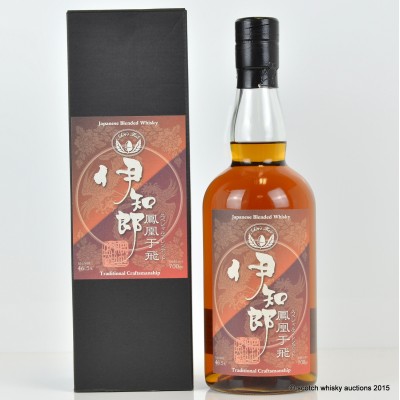 Ichiro Akuto is famous throughout Japan for his fantastic whiskies. You could say it runs in his blood; his Grandfather was the founder of Hanyu. He has established it as a respected distillery in a very competitive market and one which is filled with big names like Suntory and Nikka. When not producing fantastic malts, Ichiro also produces highly acclaimed blended whiskies.

This bottle was released exclusively for Isetan in Singapore. Those familiar with the store will know of the basement liquor department, full of hidden gems like this bottle. The whisky inside is a blend of Hanyu malt and near mythical Kawasaki grain. The whiskies are all aged between 12 and 35 years old. Sure to be an tasty dram for the lucky winner of this lot!