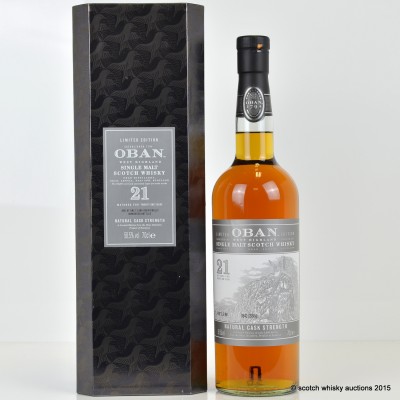 This Oban bottling was part of Diageo's Special Releases in 2013. Bottled at natural cask strength, this 21 year old Oban has been matured in rejuvenated American Oak and second-fill ex-Bodega casks.