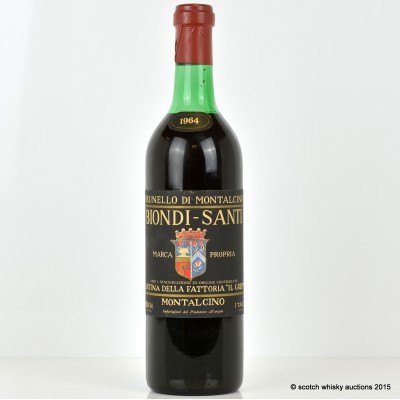 More commonly know as Sangiovese, the Brunello grape is the only permitted grape variety to be grown in the Montalcino area in Tuscany.

The Biondi-Santi reserve is only produced with exceptional harvests and 1964 was one such year.