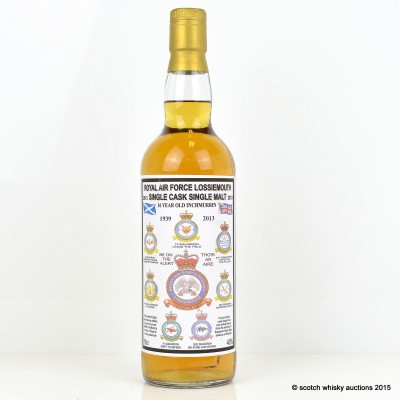 Squadron Malts specially label the Dambusters Single Malts and slap labels on them to commemorate feats of derring do by the armed forces, usually the RAF boys from Kinloss or Lossiemouth.

This Dambusters Single Malt is a single cask Inchmurrin aged 16 years and was produced as a tribute to 617 Squadron.