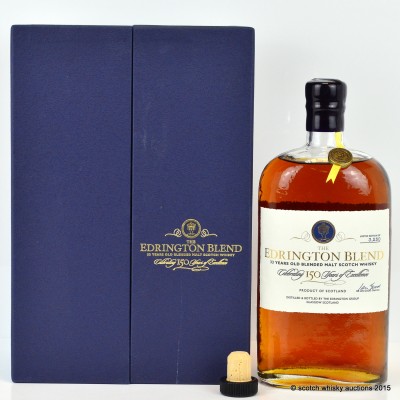 A 33 year old blended Scotch whisky from The Edrington Group, the folks behind Macallan and Highland Park and Famous Grouse. This was a special bottling to mark the company's 150th anniversary and was originally only given out to employees.

Bottle Number: One of 3,250 bottles released