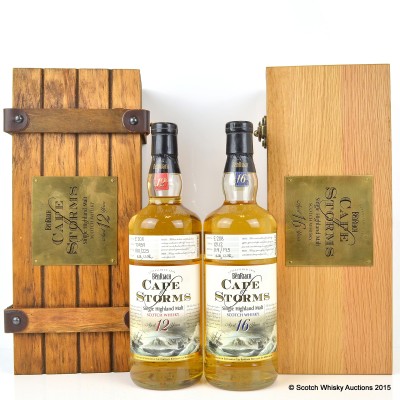 To be sold as one lot.Both bottles come in magnificent wooden casks, one carved from the staves of old BenRiach oak casks