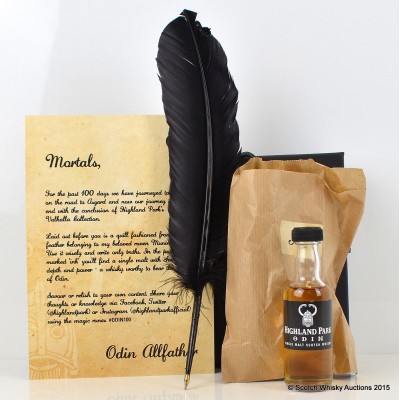 This particular lot is not just the final release of Odin, it's one of the bottles which was only released to members of the press. It is accompanied with a rather fine feather quill, a great nod to Odin's raven messengers.