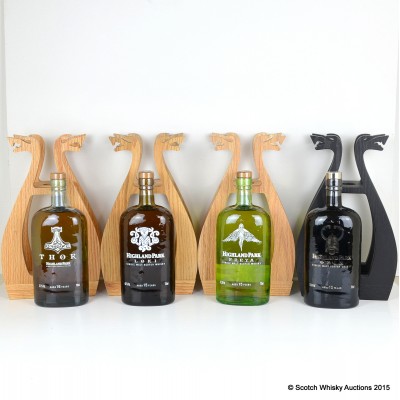 Here at SWA we like to bring you firsts, and as far as we know this is the first time that the whole Valhalla Collection has been in an auction. The release of Odin saw the collection finally completed.

(We have to admit that they look pretty cool when put together. We're just a little sad that they didn't come together into one magnificent transformer style boat!)

Thor, God of Thunder and alleged architect of the Cliffs of Yesnaby on the west coast of Orkney Mainland.

Please Note the Frame is Split.

Loki, God of Mischief and bringer of Ragnarok

Freya, Goddess of Beauty and War. But in old Norse she is named Freyja. By the old myths she is the ruler of Fólkvangr.

Odin is the god of battle, wisdom and sorcery. The one eyed god is renown for his two ravens, Huginn and Muninn, his two messengers and also his temper.