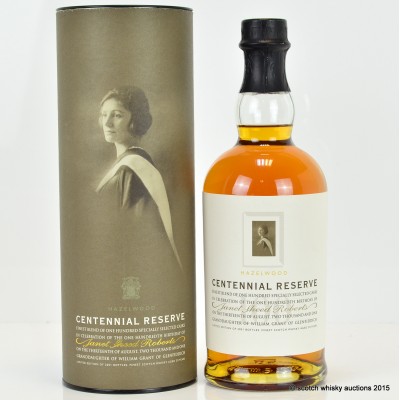 Janet Sheed Roberts was the last surviving grand child of William Grant, who founded the Glenfiddich and Balvenie dynasty. She died in 2012, aged 110.

To mark her 90th birthday, the company's Master Blender selected 90 casks to make a blend to celebrate that occasion.

Ten years later a further 10 casks were chosen and added to the previous casks.

Bottle Number: One of 2001 bottles released