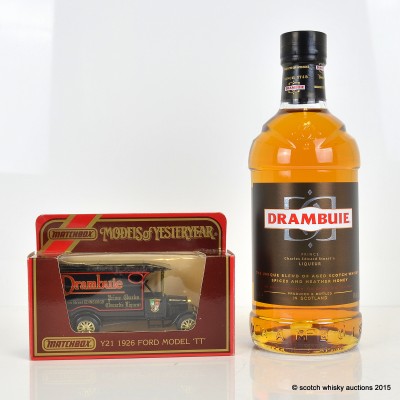 The bottle is accompanied by a Matchbox, Models of Yesteryear, Drambuie van.