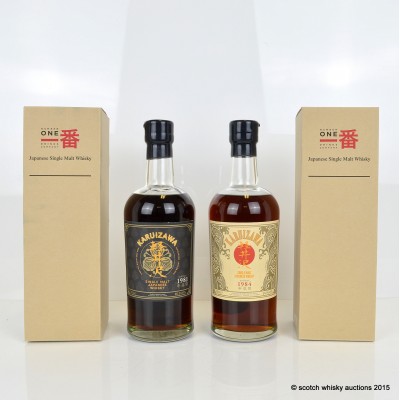 Those lovely chaps over at the Whisky exchange have a problem - Karuizawa is literally the hottest release, and when they announce that there is going to be a new bottling for sale, the entire whisky world heads to the website and it sells out in minutes. So this time they tried a new tactic - a lottery to allocate bottles. Were you one of the disappointed masses who didn't win this sherry cask beauty? Well luckily for you, Scotch Whisky Auctions is offering you a second bite of the cherry...

For the rest of you, this is what you're missing out on, according to TWE:

"It’s pretty much what you'd expect – a big, rich and over-the-top sherried whisky from Karuizawa. It has the forest floor and old woody notes as well as all the fruit, spice and stickiness that you want from a bottle like this."

Another stunner from Karuizawa. Just look at the colour of it! TWE think it might just be the best Karuizawa they've bottled. Well that's good enough for us!