Bowmore Legend Of The Devil In The Church 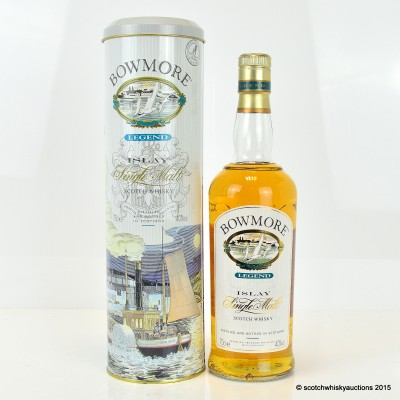 Legend has it that in 1837, on a clear winter’s evening, the devil visited the church in Bowmore. The church was round in shape, purposely built, in preparation for such a visit as there were no corners in which the devil could hide. The local congregation chased the devil from the church. He fled through the village, eventually finding a hiding place in Bowmore distillery. The villagers raced through the distillery, in search of the devil. That night the Warehousemen were filling the golden Bowmore whisky into casks and loading them aboard The Maid of Islay, the tiny paddle steamship used for transporting Bowmore whisky to the mainland. All the distillery doors and gates were slammed shut and locked to prevent the devil’s escape. The distillery was searched from the maltbarns to the mash house, but the devil was nowhere to be found.

The Maid of Islay, loaded with the last cask of Bowmore, gave a loud blast of her horn and paddled off across the calm Loch Indaal into the clear dark night. The devil was never found that night, but, as legend goes, escaped in a cask of Bowmore destined for the mainland. Whether The Maid of Islay ever reached the mainland is not known, but on certain still winter nights, the sound of the sea lapping against the distillery wall is akin to the faint paddling of a small steamship in the distance.

The whisky? It's the devil's own work, believe us!