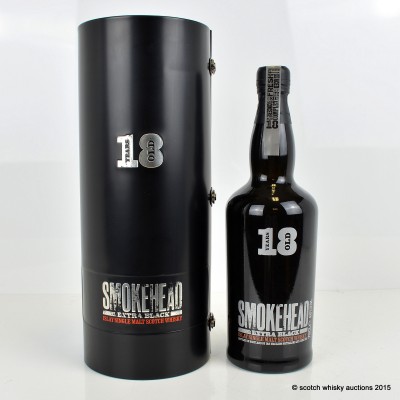 Smokehead was introduce as a single malt for a younger audience. It's an Islay single malt full of smoke and power. Caused a sensation when it first burst on the scene, Smokehead from Ian MacLeod Distillers. What distillery exactly this malt comes from is not known. Some say it's Lagavulin and some say Ardbeg. Who knows?