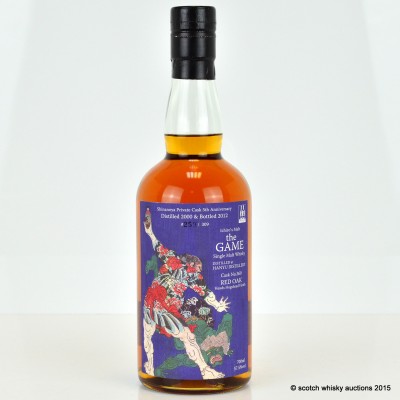 This is a rare bottle from the Hanyu distillery, the 3rd edition of "The Game." Bottled at cask strength and aged in Red Oak Heads Hogshead.

Label shows the left hand of the tattooed man holding a bottle of "The Game" 2nd edition, which was released in 2011. All the 309 bottles were sold out in 5 minutes.