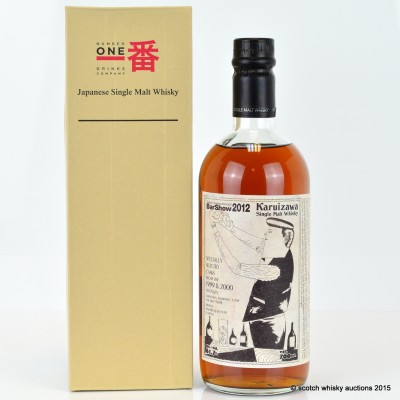 This Karuizawa was bottled specially for the Tokyo International Bar Show back in 2012. There are two labels for the whisky, showing characters shaking cocktails and preparing "ice balls".

The whisky is a vat of whiskies from 1999 and 2000 which were especially "married" together for this limited release bottling.