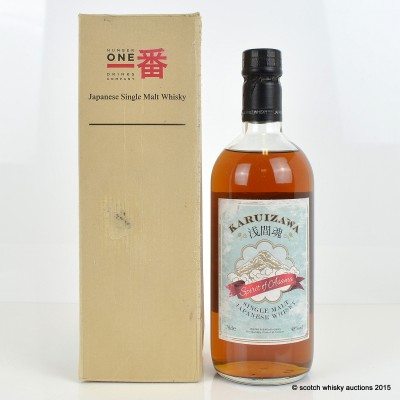 This is an exclusive to The Whisky Exchange. The whisky is part of a vatting of 77 casks which went through a re-racking process when Number One Drinks Company acquired all of the distillery's remaining stock. TWE released two versions of this whisky, one at 48% and one at 55% ABV. This was to show the different sides of the Karuizawa whisky character.

Please note damage to both label and box