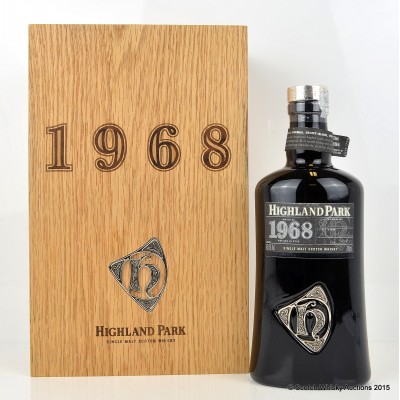 The second of the Orcadian Vintage series, 1968 Vintage was released in November 2009. Eight refill hogshead casks yielded 1550 70cl bottles at a natural strength of 45.6% abv, each carefully chosen by Max McFarlane, Highland Park Whisky Maker. With its naturally golden hue, full-bodied flavour with hints of honey and lemongrass, the Orcadian 1968 Vintage is an exceptionally fine whisky that builds on the peerless reputation of Highland Park.