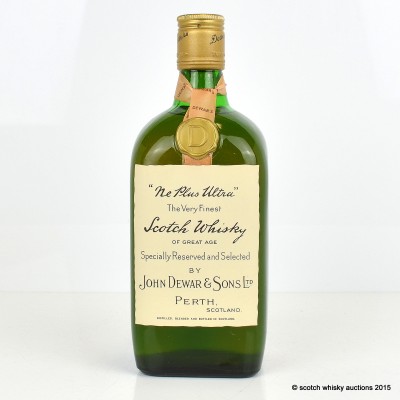 In the latter part of the nineteenth century, the house of John Dewar was the first to bottle his own Scotch whisky under his own name.

This bottle of Ne Plus Ultra represents the outstanding quality that has been winning awards for the last 100 years.

Dewar's main deluxe brand from about 1907 onwards was Victoria Vat, however it wasn't Dewar’s only deluxe brand. Ne Plus Ultra was also introduced about this time, and was first registered as a trademark in 1909.