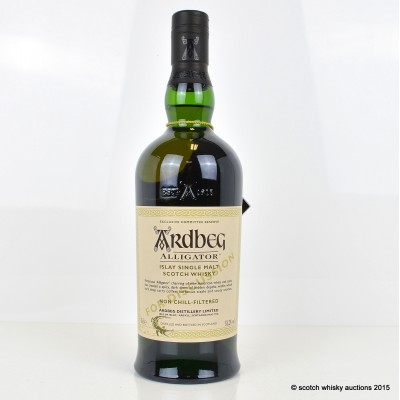 So called because of the charring to American white oak casks to the highest level for whisky which resembles the scales on an alligator. The result is a single malt which has a lovely spicy character, which develops into big charred tar and smoke with ginger and chocolate. This bottle was released for discussion to the Ardbeg Committee and therefore is of extremely limited release.