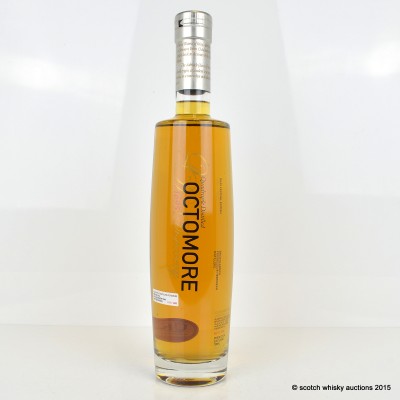 This bottle has been signed by Jim McEwan.

We've heard that 5 bottles were smashed at the Bruichladdich Open Day so the number of bottles available is less than 1,695... And rumour has it that Bruichladdich will never do another quadruple distilled Octomore again as they almost blew the distillery roof off!!

Please note this bottle does not come with the bag.