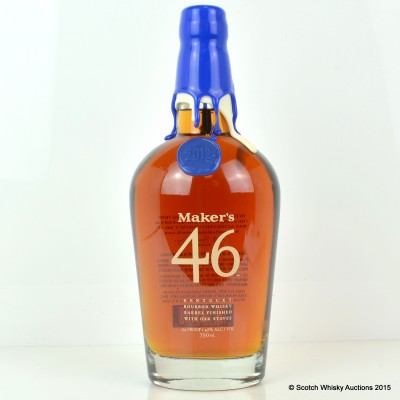 Maker's Mark have not changed their recipe for over 50 years. Maker's Mark 46 is the result of the first recipe change. With older stock and french oak staves they have created this bourbon. This is the 2012 edition and were quite a limited release with it's nickname ''UK National Championship bottle''

One of 9000 bottles released