Bowmore Legend Of The Gulls 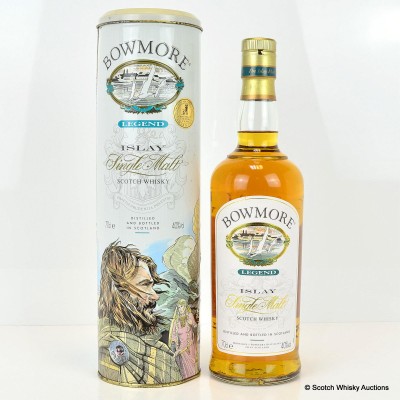 Legend has it that a pair of gulls fly ceaselessly above Loch Indaal, on the shores of which lies the Bowmore Distillery.

When the Scots spread from their Celtic homeland to create the Kingdom of Dalriada–in–Alban, the Pictish and Brythonic tribes who already occupied the lands resisted fiercely. Much blood was spilt as war raged between them and the incomers. Legend has it that the daughter of a Pictish King fell in love with a captured Scottish warrior and helped him escape. Together they fled westwards to the Isles. As they rowed towards the young warrior’s home on the shores of Loch Indaal, the sea loch which bites into the heart of Islay, a terrible storm lashed their boat, sending it crashing against the rocks.

The young Scot’s clansmen found only splintered wreckage of the boat and no trace of the lovers – but a pair of white gulls soared and swooped together across the Loch, settling neither on the western nor the eastern shore, as if torn between the two.

The legend endures, and today, before a storm, the Bowmore Distillery echoes to the haunting cry of a pair of gulls.

Part of the lavishly-illustrated Legends range.

Please note condition of the tube