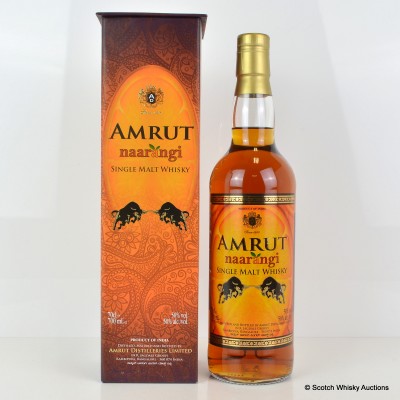 This Amrut release's name was Naarangi which means "orange" in Hindi. The reason why is because this whisky is named after it's unique ageing process. The Oloroso sherry casks were aged for more than two years with orange peel as well as sherry. This infused the cask with orange essence as well as the usual sherry influence. A fantastic wee experiment.

Bottle Number: One of 900 bottles released