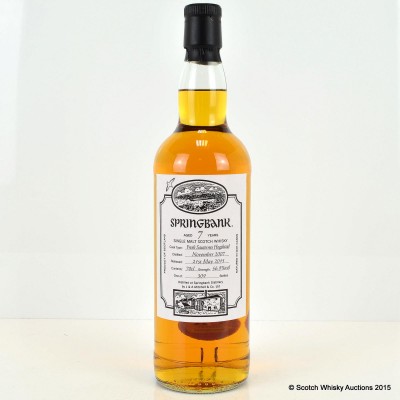 Springbank is unique among Scotland's distilleries. Every part of the process from malting to bottling is carried out at the distillery.

This was a single cask bottling that was released for the Springbank Distillery Open Day which was held on the 21st of May 2015.

One of only 309 bottles released.

Featured in: The 53rd Auction (Ended September 6, 2015)
Send to a friend or post on:
FacebookTwitter