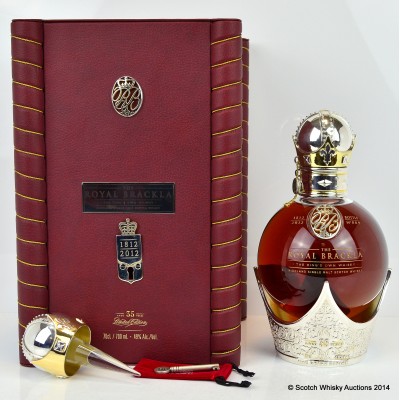 After being the first distillery to be awarded the royal warrant, Royal Brackla became known as 'The King's Own Whisky'. Now under Bacardi ownership, these beautifully crafted decanters were produced to mark the distillery's 200th anniversary, as well as the awarding of the royal warrant. Unveiled at Singapore airport in 2012, it is now officially the most expensive whisky in the Bacardi portfolio. Only 100 were produced.

Featured in The 54th Auction, ended October 4, 2015
Send to a friend or post on:
FacebookTwitter