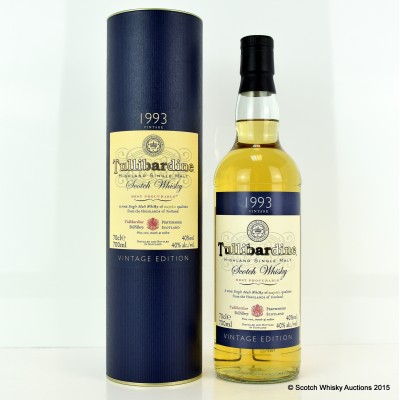 Tullibardine distillery lies at the foot of of the Ochil hills of Perthshire on the same site as Scotland's first public brewery, whose origins date back to the 12th century. The soft, pure water from these hills was used in the brewing of ale and today is one of the key ingredients in the distillation of Tullibardine single malt scotch whisky.