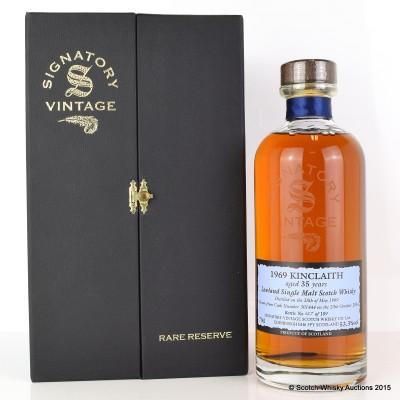 Kinclaith is amongst the rarest of single malts, due to the very short life of the distillery. It was founded in 1957 and closed only 18 years later in 1975. As Kinclaith was built to supply the single malt for the famous blend Long John, there was never any official release of Kinclaith.

Featured in The 57th Auction, ended January 3, 2016
Send to a friend or post on:
FacebookTwitter