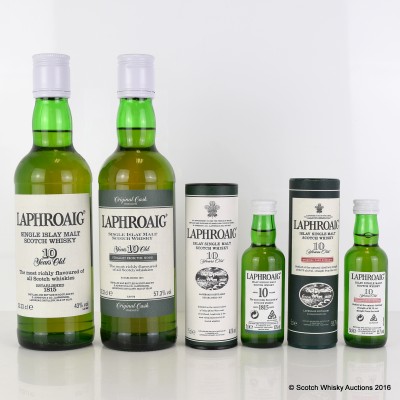 This lot contains a wonderful selection of Laphroaig at different strengths, although the age statement remains the same.