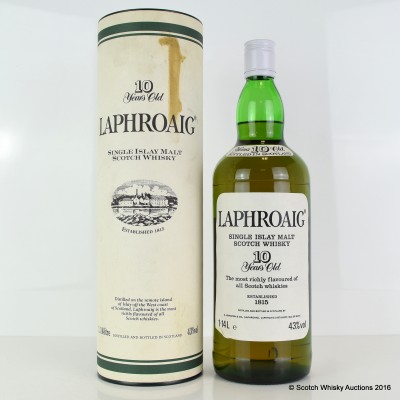 This Laphroaig was bottled before their Royal Warrant was awarded in 1994.

Please note the staining on the tube.