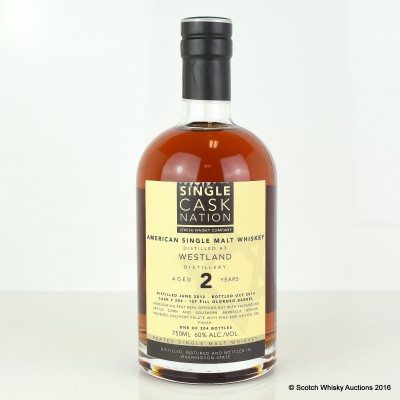 We're more than a little bit taken with Westland here at SWA HQ especially those of us lucky enough to meet Master Distiller, Matt Hoffman. A young distillery, these guys are forging their own way in the whisky world. Instead of following the traditions of Scotch whisky they have set up their own style.

For Westland’s single malt, the taste is determined by its unique strain of Belgian brewer’s yeast and five different malted barleys (referred to as a five-malt grain bill)—each roasted to a different temperature and adding to the final flavor—along with the distiller’s own twist on controlling the variables detailed earlier.

The whiskey itself has been bottled by the Jewish Whisky Company, under their Single Cask Nation brand. An exciting release, we know this one won't hang around for long!