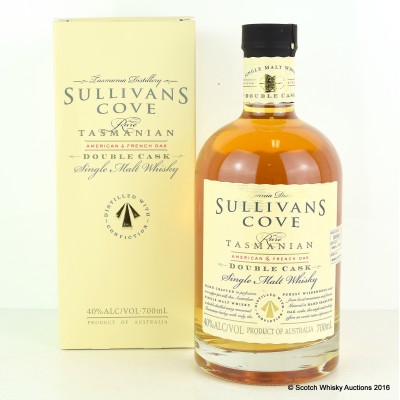 This distillery was awarded the best single malt in the world 2014, at the World Whisky Awards in London. It is the first time a whisky produced outside of Scotland or Japan has received this honour. This little ripper is causing some serious waves in the whisky world and rightly so. Receiving acclaim from some of the world's leading whisky critics and obtaining various accolades along the way, it's been a great journey for the distillery who are now, well and truly, on the world whisky map. This is one of their standard expressions that reached us over here from Australia.

Please be aware of the tear in the carton.