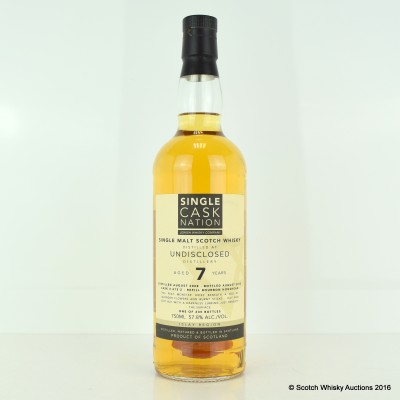 This is the first release of an undisclosed Islay malt from the guys at Single Cask Nation. They're remaining tight lipped about where it's from (spoil sports) but our unnamed sources suggest that it may just be Caol Ila. It's all unconfirmed of course!

Bottle Number: One of 235 bottles released