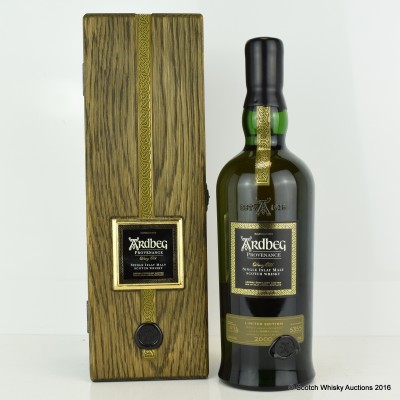 A legendary Ardbeg, the 1974 Provenance first appeared in Europe in 1997 shortly after Glenmorangie's takeover of the distillery. This is the third release.

Note label has been removed from rear of box