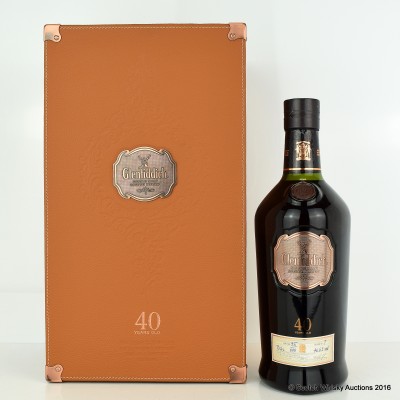 This is the 7th release of the Glenfiddich 40 Year Old Single Malt Scotch Whisky. It's made from the vatting of a select number of casks maturing in the cellars of Glenfiddich Distillery, each of which is at least 40 years old.