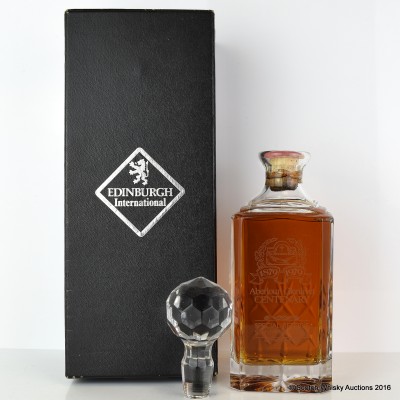 Twice destroyed by fire, the current Aberlour distillery was designed by Charles Doig in 1898. The biggest selling single malt in France, Aberlour is owned by Pernod Ricard and uses unusually broad based stills with high swan necks to produce a delicate berry flavoured spirit.

This lot is a lightly coloured Aberlour (in comparison to the also released dark version) in a heavy crystal decanter, released in 1979 to celebrate the distillery's 100th anniversary.