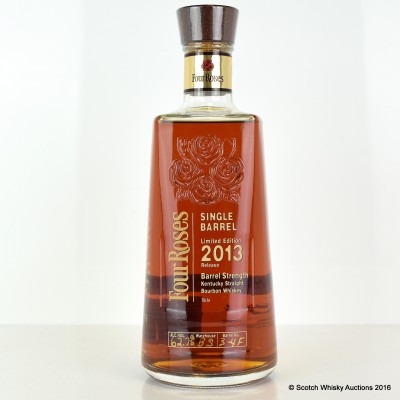 This is the 2013 Single Barrel Batch Strength release from their large range.