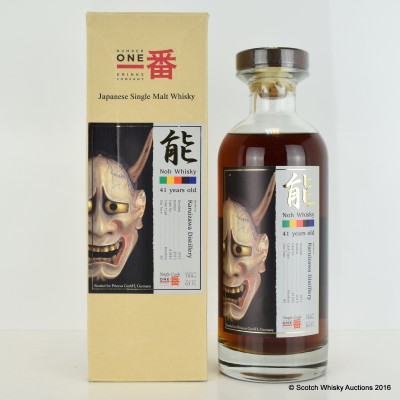 Karuizawa distillery officially closed its doors in 2011, although it hadn't been producing whisky since 2000. Since then all the stocks have been bought by Number One Drinks Company who release them every so often. Part of the 'Noh Performers' series, this bourbon cask is a change from the usual sherry cask releases.

This striking entry to the Noh mask range, was released exclusively for Prineus GmbH, Germany. The whisky itself has been matured for over 40 years. The mask on the label depicts the demon Hannya; a jealous female serpent.

Bottle Number: One of 82 released