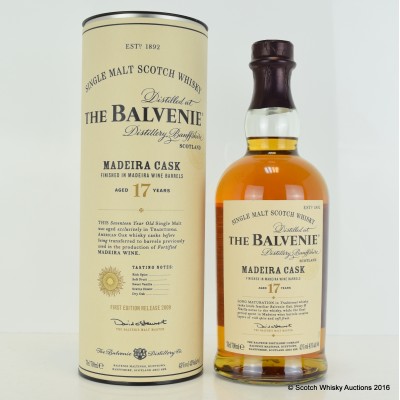 First released in 2009, the whisky has been matured in American oak before being transferred to barrels previously used in the production of fortified Madeira wine.