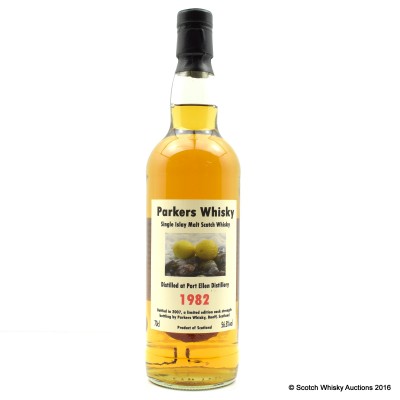 The first bottling of Port Ellen by Parkers Whisky, of Banff, featuring, rather oddly, a lovely pair of melons on the front label. They are paying tribute, apparently, to the nose, which remind Mr Parker of cheeky melons!