Glenfiddich Clans Of The Highlands Of Scotland Clan Sutherland 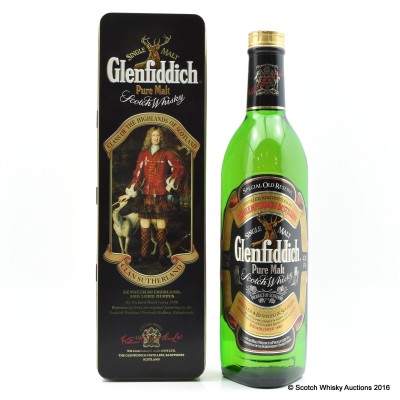 The Clan Series released in the 1990s and supplied in heavily decorated metal box. This example is the Sutherland Clan edition, a scare release.