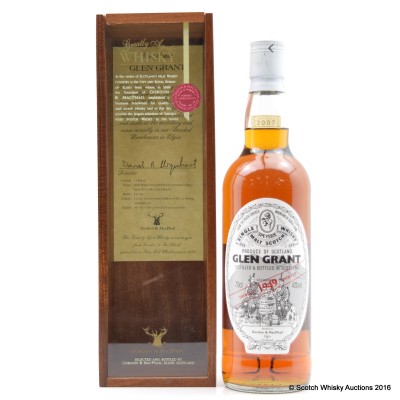 This particular example was distilled just after World War II.