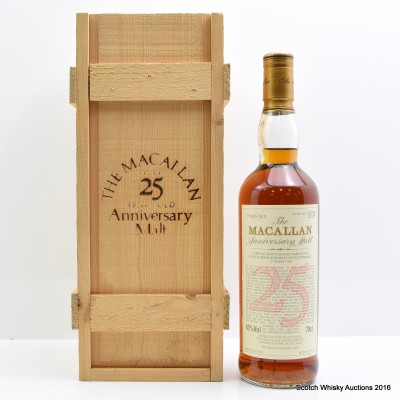 The Macallan Anniversary Malt is a special bottling of single Highland malt scotch whisky of over 25 years age.