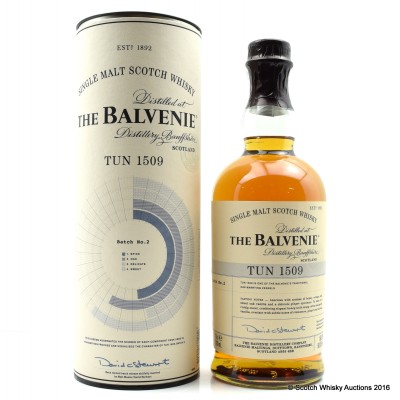 After nine batches of their very popular Tun 1401 series, Balvenie decided a bigger marrying tun was needed. Tun 1509 holds four times as much liquid - ample room to marry their whisky together. This is the second batch of Balvenie's Tun 1509 single malt Scotch whisky, which is comprised of seven European oak Sherry butts and thirty-five American oak barrels, allowed to marry together for several months.