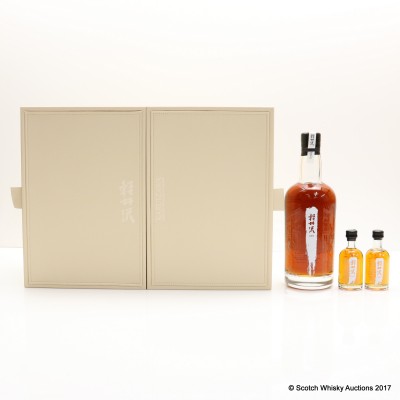 This beautifully packaged Japonisme Edition is one of only 60 released this year exclusively for La Maison du Whisky. The design celebrates the influence Japanese culture has had on French art and the elegant balance of the presentation has been designed to reflect the single malt it encases.

Accompanying the large bottle are two miniatures containing the malts blended to produce the Japonisme. One sherry cask and one bourbon cask.